Wilfred's first 12 months in the show ring have shown what a quality youngster he is. He has won multiple class in shows at both specialties and all Breeds shows, as well as winning group placements and competitive best of breeds.
Wilfred's mother is the beautiful Royal Best in Show winning Pebbles and his father is Freddy's beautiful black and white brother Dylan.
Wilfred measures at 24 inches and has Bilateral hearing.

We are looking forward to the future of our cheeky boy who is taking time to mature as is expected.
.
Handled and co owned by Aly Aslin 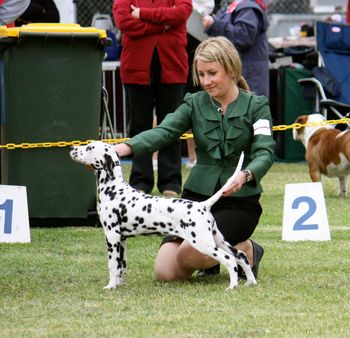 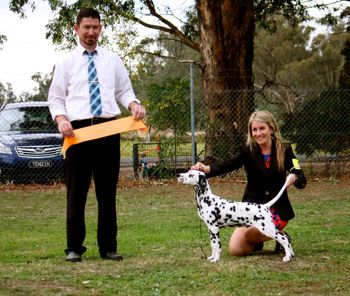 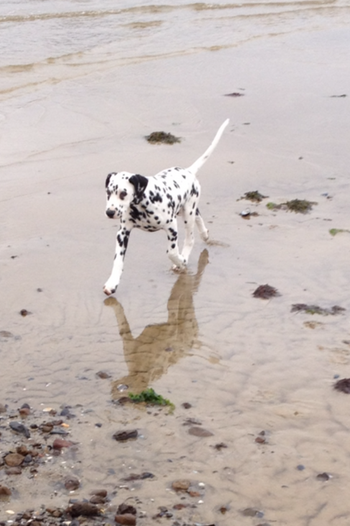 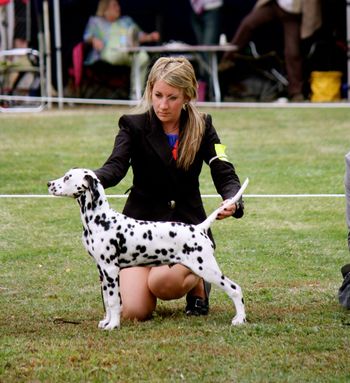 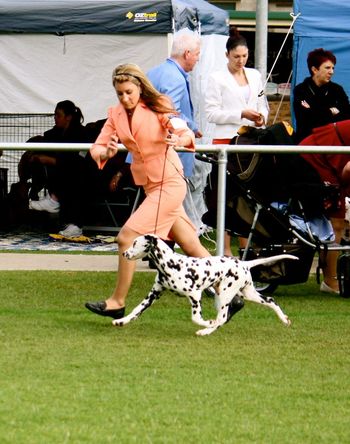 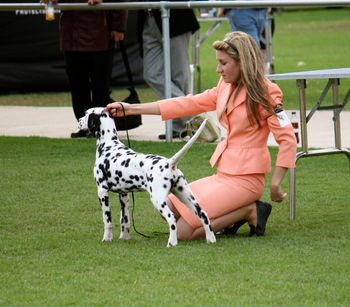 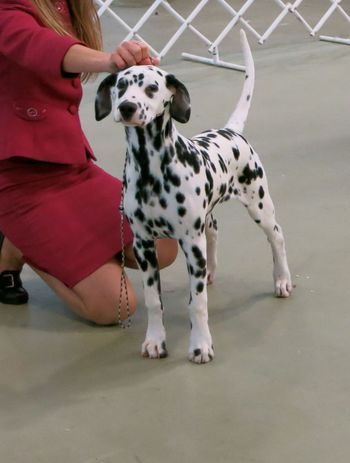 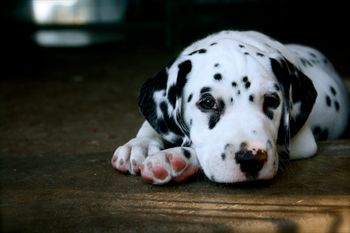 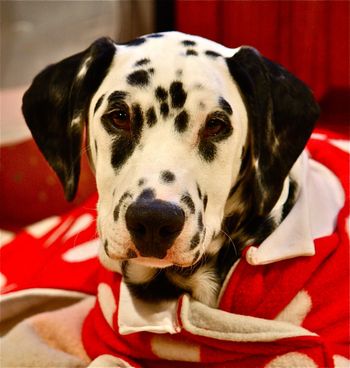 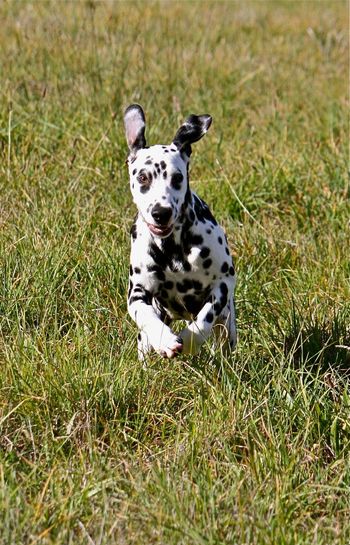 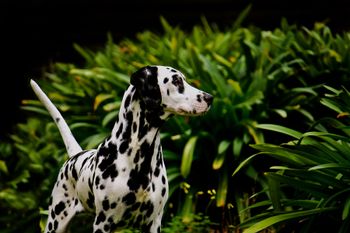 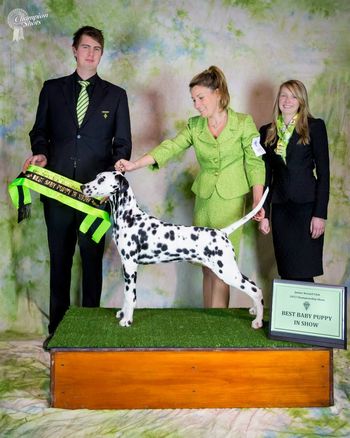 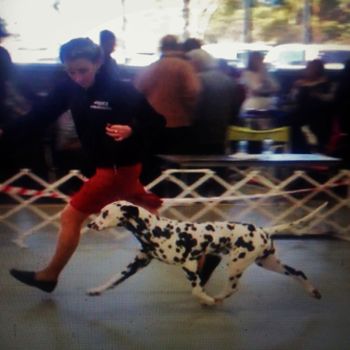 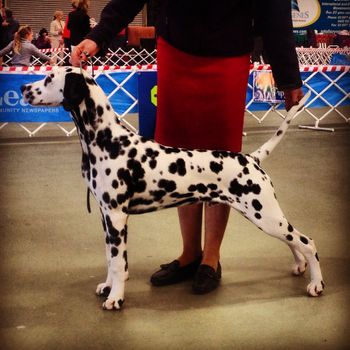 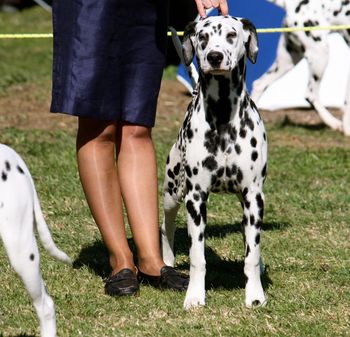 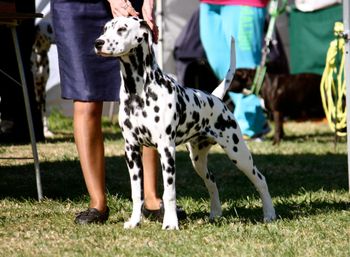 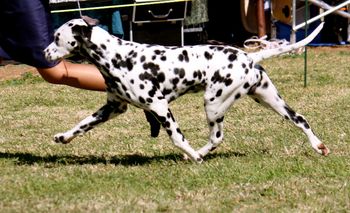 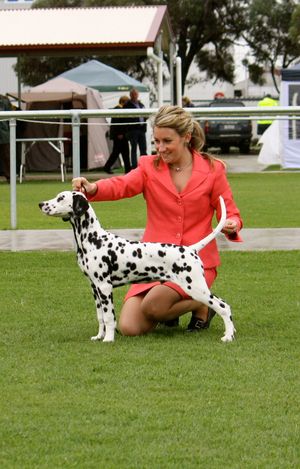 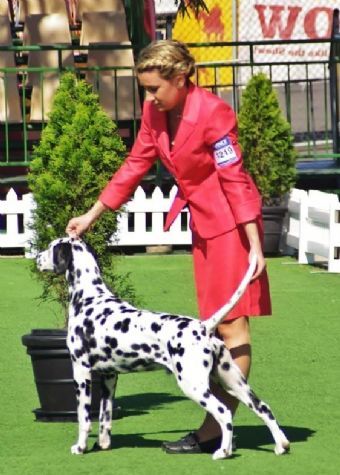 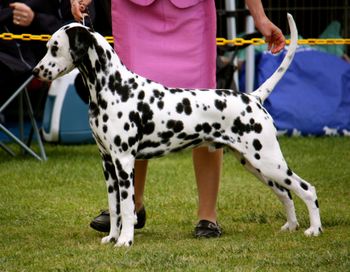 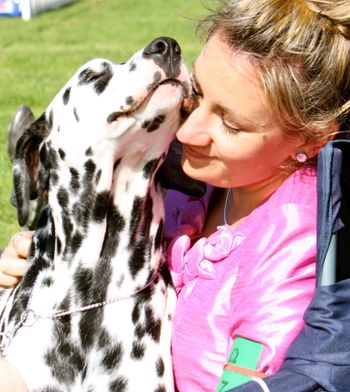 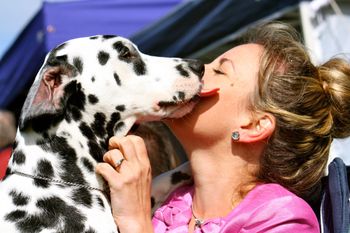 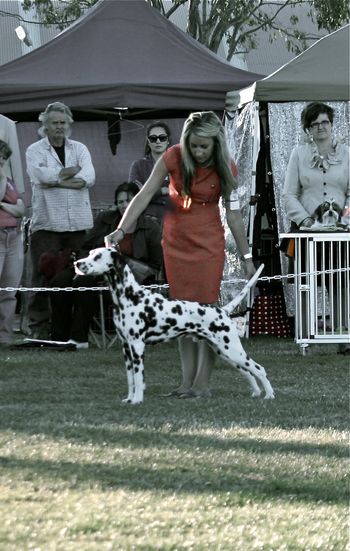 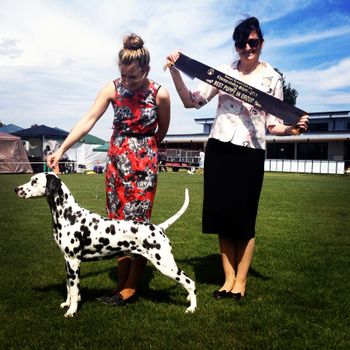 Wilfred Puppy in group and 20 point Best of Breed 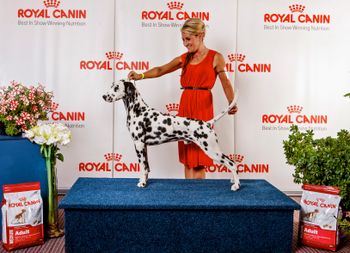 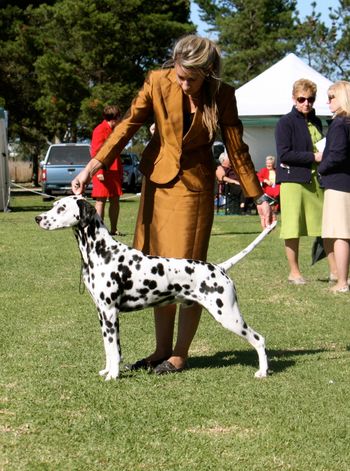 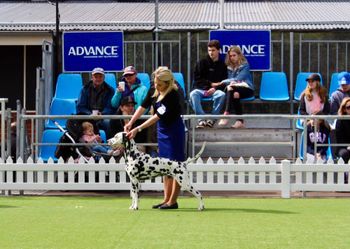