Pebbly Plops, following in her father's footsteps is a multiple BISS & BIG winner, with her biggest wins being BIS at the 2008 Royal Melbourne Show, BIS at the 11th Dalmatian National and Best Exhibit in Group 3rd at the Royal Melbourne Show in 2006 and Best Exhibit In Group 2nd at Adelaide Royal in 2007.
She attained the final points for her GRAND CHAMPIONSHIP TITLE AT 3 YEARS AND 8 MONTHS OF AGE!

Pebbles has achieved all of our dreams with BEST IN SHOW at Melbourne Royal show. The biggest show in the Southern Hemisphere.

Pebbles is now retired from the show ring to live a life of luxury on the couch, and to continue her maturnal duties. She leaves the show ring as a Supreme Champion and one on Australia's top winning dalmatian bitches, we are so proud of what she has achieved in the ring. 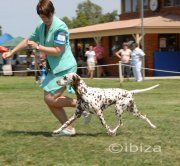 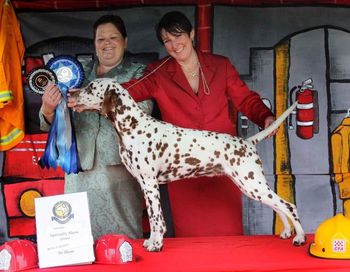 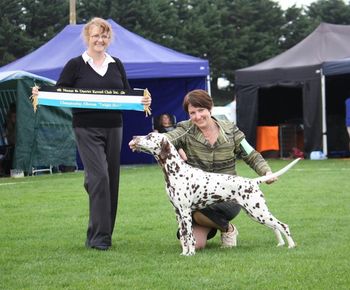 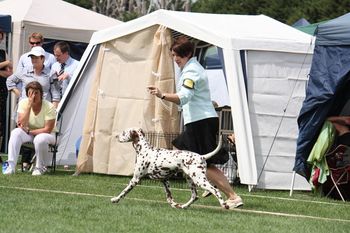 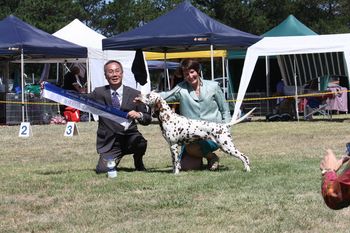 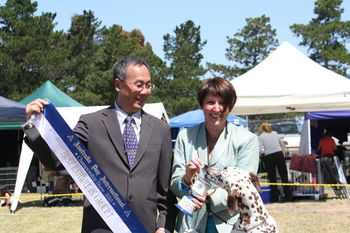 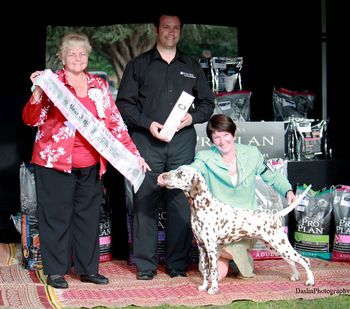 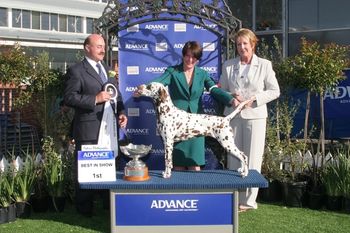 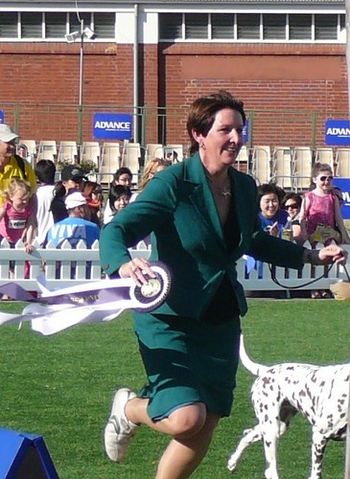 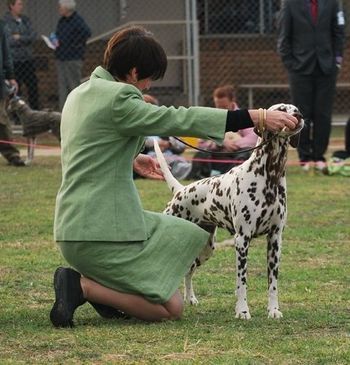 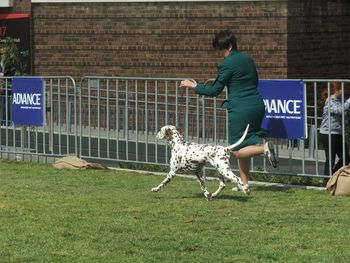 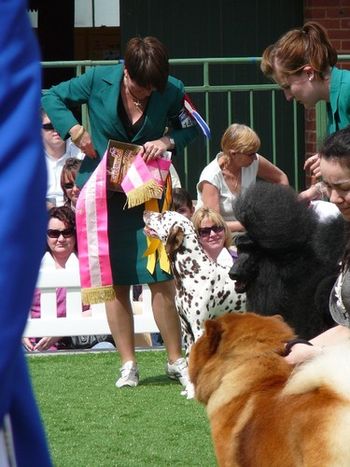 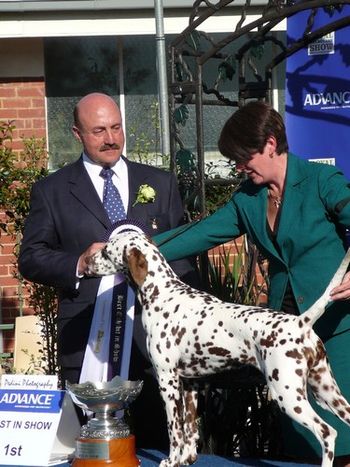 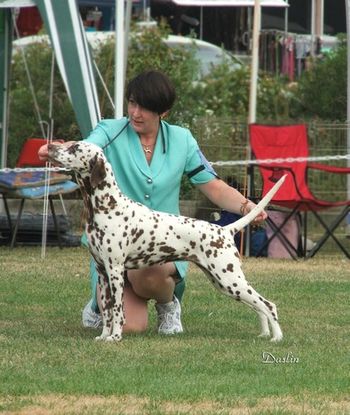 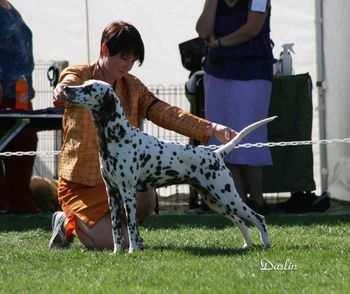 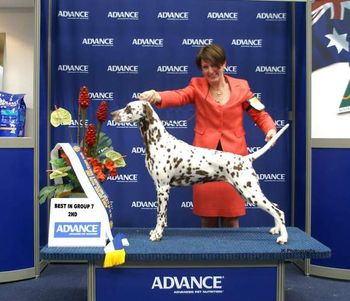 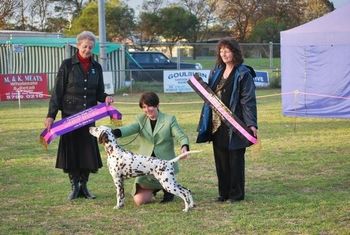 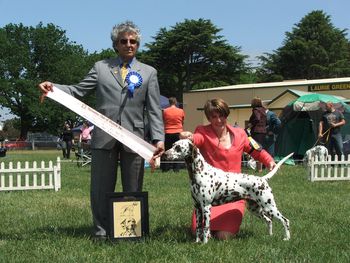 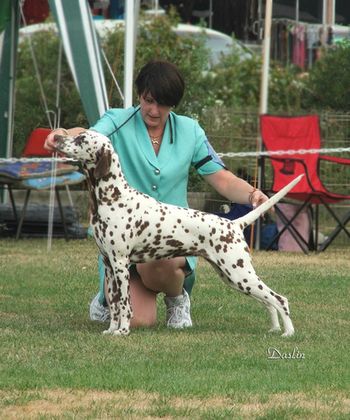 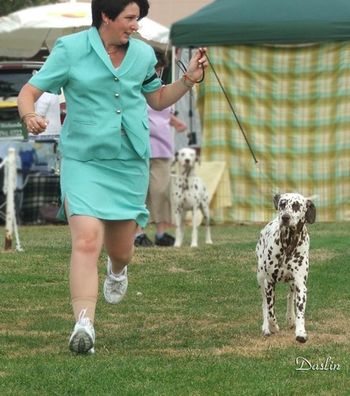 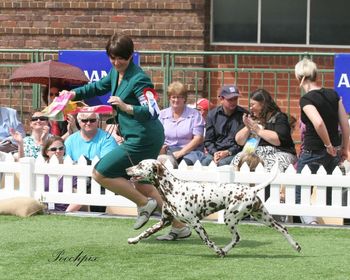 Our beautiful Pebbles, on the move, winning BIS at Melbourne Royal