In april 2008 Brandy came to Australia. Jonathan and I judged him in Fnland at the dalmatians Club show in 2007 and asked his owner/breeder Leelo Ratas if she would send him out here for a short time to improve the gene pool in Australia. We were thrilled that she said yes.
Brandy obtained his Australian Title very quickly with his first show under breed specialist Mr Rob Harbin where he went Best in group 1st. A great achievement. Brandy went on to win many Group 1st as well as Specialty Best in Show and Runner up in Show wins. He finished 2nd in the Dalmatian Club of Victoria Point Score Competition for 2009.
Brandy returned home in December 2009 where he instantly picked up his fantastic show career with a Best of Breed at the Finish International show and BEST IN SHOW 4th at the Nordic winners show.
We are very thankful to Leelo, Tarmo and Jonas for allowing their beautiful boy to come to Australia and we miss him very much 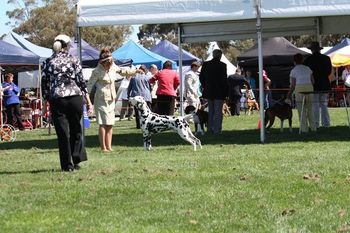 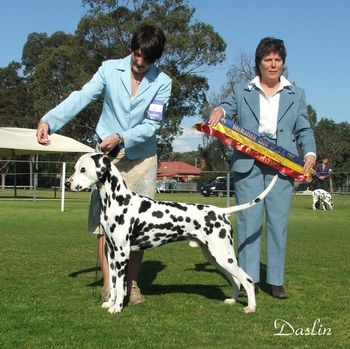 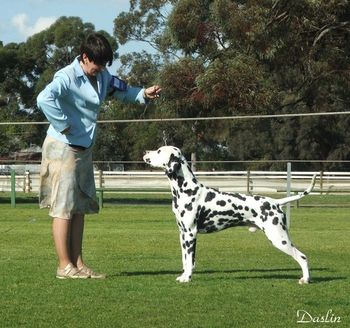 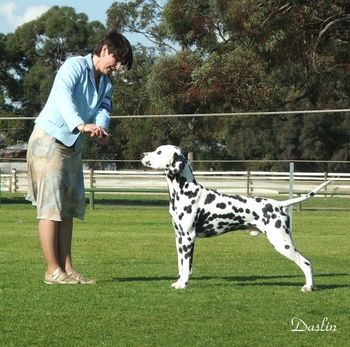 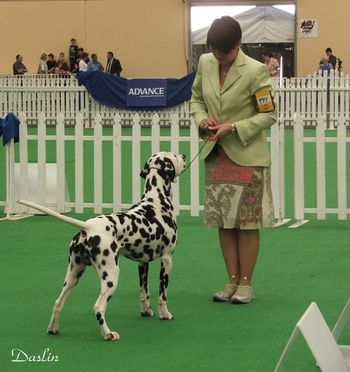 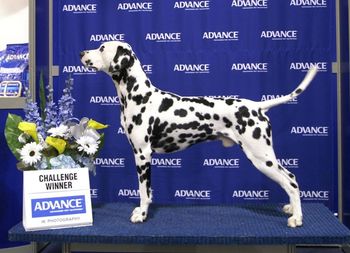 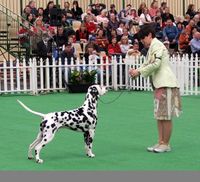