Never in our wildest dreams could we have hoped for a dog as wonderful and as special as Freddy. His beautiful puppies are a reflection of his amazing, soft temperament and nature. At only 5 years of age he has produced 1 Grand champion and many other champions.
At 2 years of age, Freddy is the youngest male Dalmatian to obtain a Grand Championship. He has won nearly 40 Best in Show and numerous Runner-Up in shows.
Freddy has been the top Dalmatian in Victoria from 2004 – 2007, and number 12 All Breeds in 2005. 2006 bought him number 4 All Breeds, and in 2007 (after just 6 months of showing) finished at number 12. For 4 years he has been Victoria’s top Non-Sporting Dog. Some of Freddy’s biggest wins include Runner up in Show at the Dalmatian National Specialty show which contained over 200 entrants, as well as Runner up in Show at Melbourne Royal Show (2005), and Puppy in Show at Melbourne Royal Show. He has also won numerous specialty wins.
Freddy is the first Australian-bred Dalmatian to have puppies sired in the UK. He currently has puppies in England at Washakie Dalmatians. He has been out of the ring since 2007 after he was badly injured, and now in early 2008 he has commenced the year with a Runner up in Show.
We are so very proud of Freddy and his achievements both in and out of the ring. The puppies he has sired are truly a testament to the superb breeding and temperament of this dog.
Some of his wins include;
Puppy in group Adelaide Royal - 2003
Puppy in show Melbourne Royal - 2003
Group 2nd at Melbourne Royal – 2004
Group 2nd at Sydney Royal – 2005
Dog CC and Runner up in Show at the Dalmatian National (over 200 dogs) October 2004
Best in Show – Dalmatian Club of Victoria Champ Show – 2004 & 2005
Top Dog - Dalmatian Club of Victoria - 2004 & 2005
#12 All Breeds OzDog point score 2004
#4 All Breeds OzDog point score 2005
#4 All Breeds OzDog point score 2006
40 Best in Shows to date
Runner Up Best in Show - Melbourne Royal 2005


Freddy wins an All Breeds BEST IN SHOW gaining his Supreme Championship title!

Freddy wins Veteran in show at the 2012 Dalmatian National specialty show marking the end of what has been a truely fabulous show career. 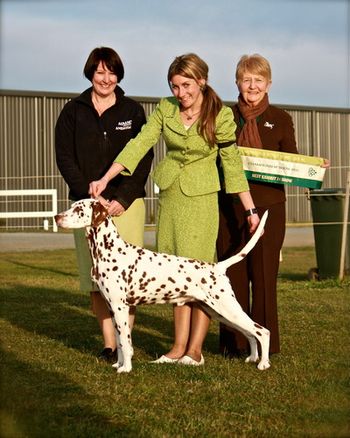 All Breeds Best in Show at 10 years gaining his Supreme Championship title. 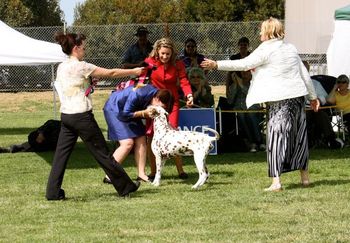 The beautiful Freddy winning Best Veteran in show at what was Freddy's last show of his amazing career!... a very emotional and proud moment for the whole team! 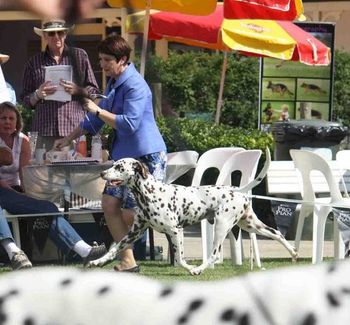 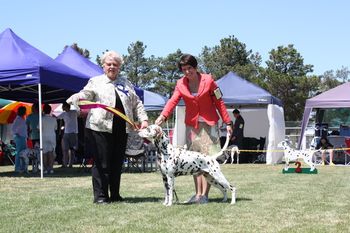 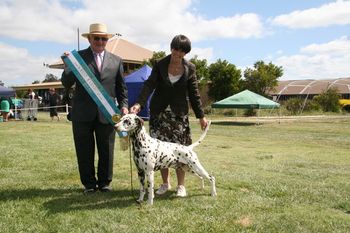 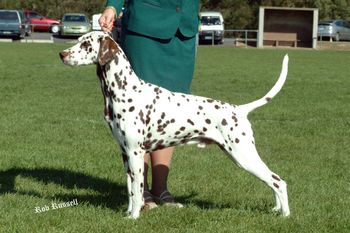 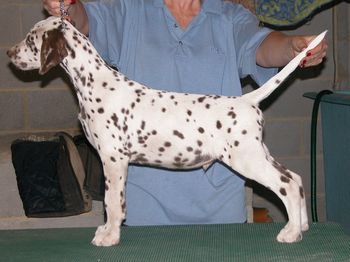 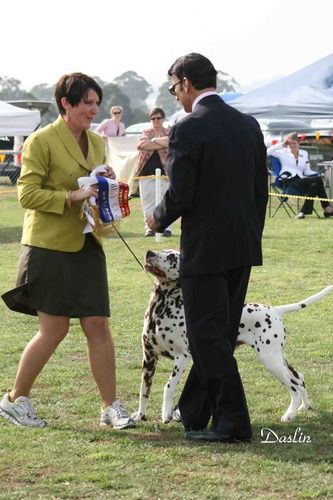 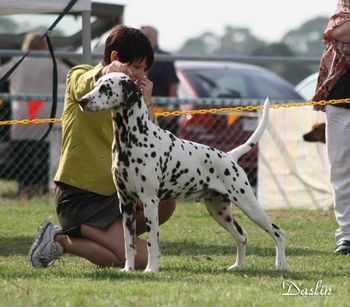 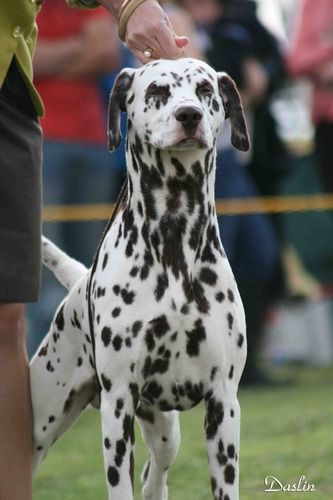 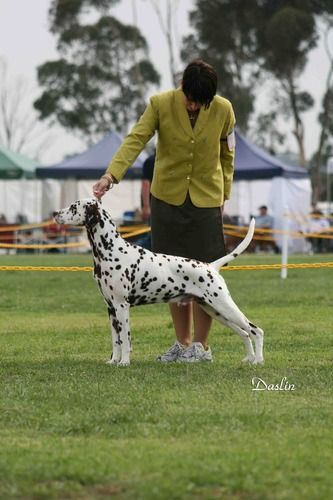 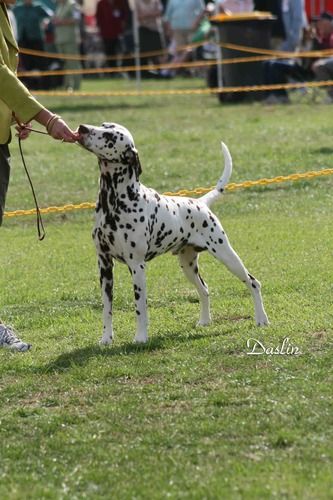 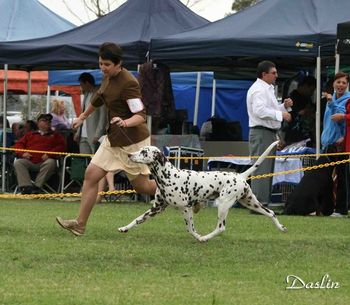 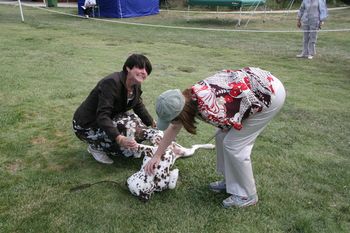 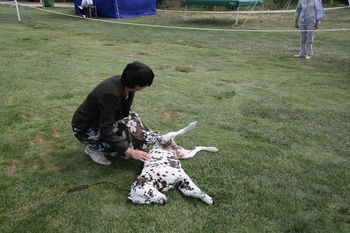 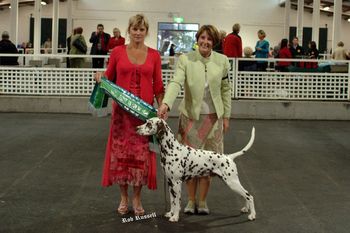 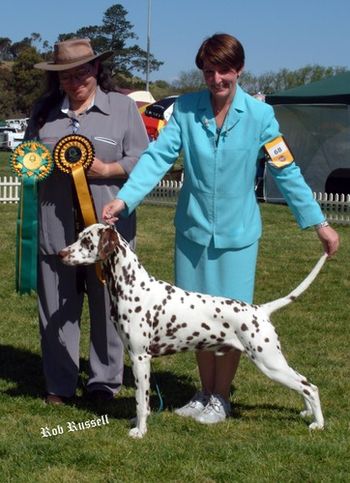 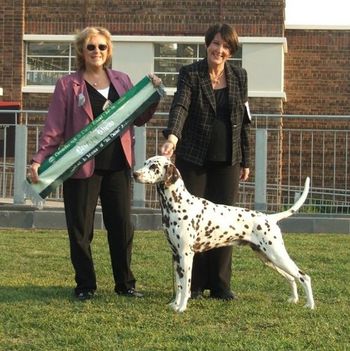 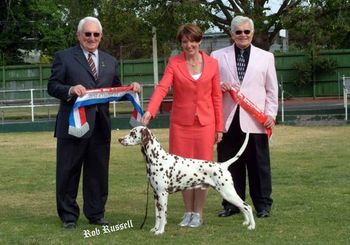 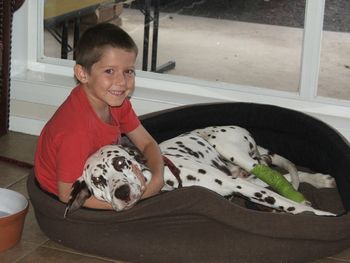 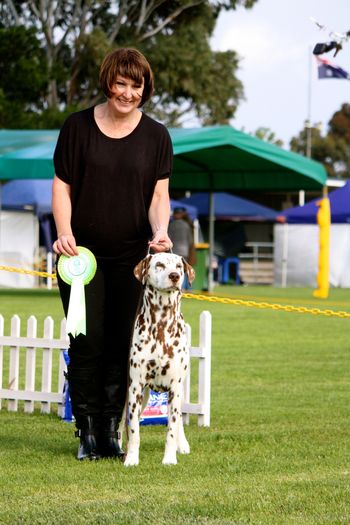 Freddy in the parade of veterans at the age of 11. 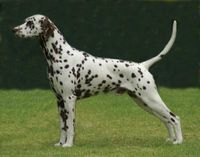