I have been involved in the dog world since I was a child. My mother breeds and shows Weimaraners (Grauhund Kennels) and going to dog shows was part of our weekend outings.

I soon developed a keen interest and started competing in child handlers when I was seven years of age, handling a number of different breeds. In 1980, I was awarded the Victorian State Winner in the final of the Pal Junior Handlers.It wasn't long before I was big enough to help my mother handle the Weimaraners and became a regular exhibitor also showing English Springer Spaniels for Stephanie Rickard (Wongan Kennels) and a variety of other breeds. Being a regular exhibitor I developed strong friendships with other young people and this is where I met my husband Jonathan Marshall.

Jonathan and I became friends when he first came to visit Australia when Pam judged the Victorian Dalmatian club show. They moved over here shortly after and my involvement with the breed became a lot stronger.
Jonathan, his father and I are now breeders of Multiple Best in Show winning Dalmatians and very proud to have bred and shown the Puppy in Show winner at the 2003 Royal Melbourne Show and the Runner Up in Show winner at the 2005 royal Melbourne Show. Jonathan and I are also part of Grauhund Weimaraners who have great success in the showring with Multiple Best in Show winners.

My interest in judging had led me to many appointments throughout Australia & New Zealand and in 2005 I have had the pleasure of judging at the Echo Hills Kennel Club in Ohio. I am currently licensed to judge Gundogs and the Non-Sporting Group and aspiring for Terriers and Utility. 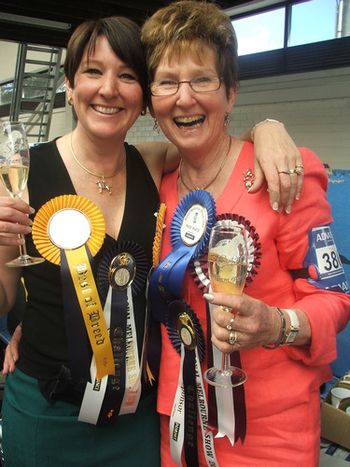 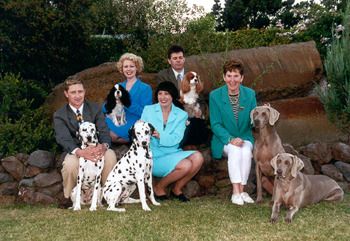 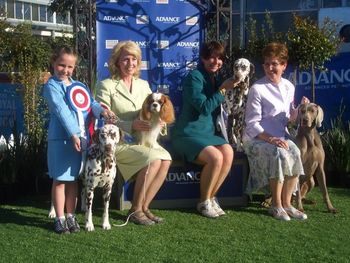